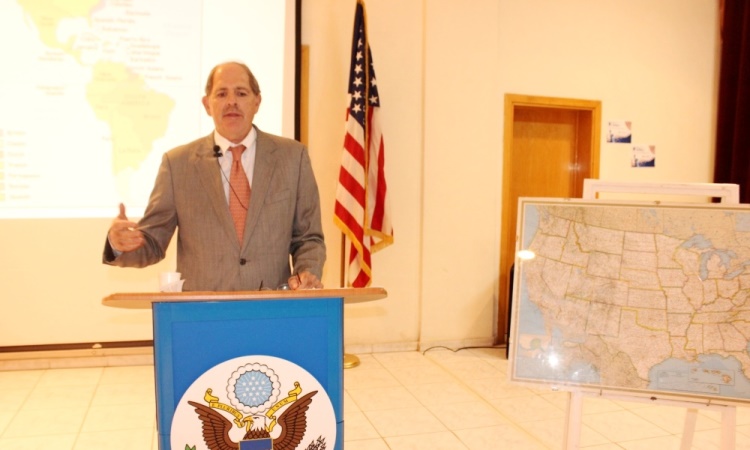 On July 13th, 2016, U.S. Embassy Chief of Mission Louis Mazel spoke to an international audience of more than 50 people about the history of colonial North America. The Charge Mazel presented maps and photos of North American during the colonial period to help the audience understand the geographical factors and historical events that shaped the development of the original thirteen colonies and lead to their eventual independence and the formation of the United States of America.