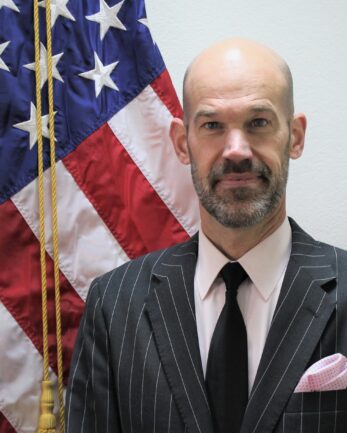 Eric Mehler joined the U.S. Mission in Asmara, Eritrea as Deputy Chief of Mission in August 2020.  Prior to Asmara, he served as Political-Military Affairs Chief in Ankara, Turkey from 2017-2020.  From 2015-2017, he was the Deputy Director for the Office of Afghanistan Affairs within the office of the Special Representative for Afghanistan and Pakistan.  From 2013-2015, he worked in the U.S. Mission to NATO, splitting his time between Brussels and Kabul, Afghanistan where he headed international efforts to fund Afghanistan Security Forces.  Previous overseas assignments include Managua, Nicaragua; Madrid, Spain; Istanbul, Turkey; and Bamyan, Afghanistan, where he served as Senior Civilian Representative in a New Zealand-led Provincial Reconstruction Team.  Prior to joining the Foreign Service in 2003, Mr. Mehler served as a volunteer for three years in Laos and one year in El Salvador, and worked for seven years in a Seattle-based boutique consulting firm that provided sales and marketing strategy services in the high-tech sector, reaching the position of Vice President for Business Development.  He holds a master’s degree from the Fletcher School of Law and Diplomacy and is married and has one daughter.