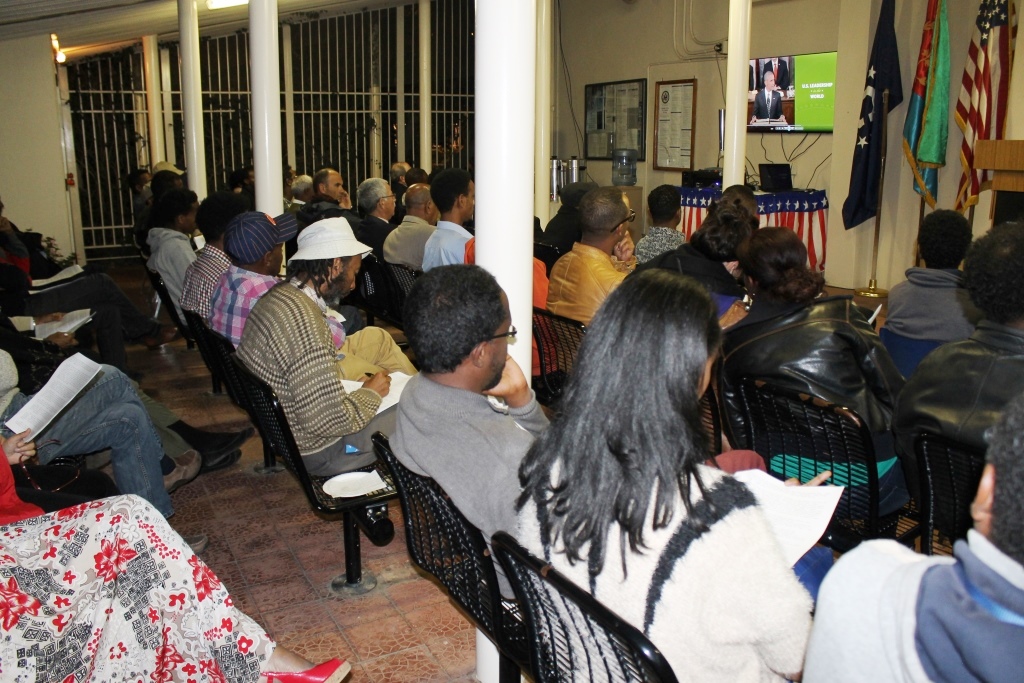 On January 14, 2016, the U.S. Chief of Mission of Embassy Asmara, Charge Louis Mazel, spoke to an Eritrean audience about the history of the president’s annual State of the Union Address and the political significance of President Obama’s Final State of the Union Address. After a screening of the President’s address, the charge also answered questions from the audience on a wide range of issues concerning the current political situation in the United States and the world.